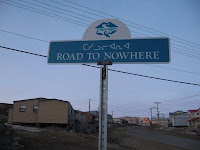 There is a degree of complexity about the relationship between principles, philosophy, policies and the campaign strategy, because the major parties have to simultaneously enthuse their core supporters while appealing to floating voters. Thus for most of its existence the Labour Party maintained a formal commitment to socialism while making it clear that this would have no influence on how it would behave in government. Similarly, for at least the 1950s and 1960s, the Conservative Party maintained a formal commitment to the idea of free market economics while making it clear that it had no intention of dismantling the welfare state or abandoning state direction of what it called the mixed economy.

This tension notwithstanding, the basics for the major parties (usually not more than two in electoral democracies) are clear. Of course, there are endless refinements – do you emphasise the appeal to your core supporters, or to the floaters? Margaret Thatcher's success in the 1970s and 1980s was based on the understanding that Labour had lost touch with the concerns of a section of its core. The Labour right has traditionally sought to win over voters with no enthusiasm for socialism, while the Labour left has usually argued that the party would win if only it articulated a genuine socialist programme. But getting enough votes to win a majority, and then to use the power that comes with government, is what it is all about.

Minority parties face an entirely different problem. They usually don't have the problem of managing the contradictions between their principles and the policies they advocate. But they have to face the single, overwhelming fact that they are not going to win enough votes to form a government. This means that they need some other story about how why their members should give up their time to further the interests of the party, and why other supporters should vote for them at elections.

Revolutionary parties, including the parties of the far right, have a story; simplifying enormously, it says that they will eventually come to power, though not through the electoral process, which is fixed against them. At some time in the not too distant future there will be a transformation (a crisis of capitalism, a race war, the collapse of the economic system), at which point they will be ready. Until then, the focus of their political activity is to achieve that state of readiness, by recruiting members, preparing a correct programme, winning support for their ideas, and perhaps helping to push along the arrival of the transformative event.

Other kinds of minority party need a more sophisticated strategy, and a story to go with it. For the last thirty years Britain's centre party, in its various incarnations, has sought to win enough seats in parliament to force one of the major parties to allow it into a coalition government. It also hoped that it could then extract a change to the electoral system to make the latter more favourable to itself, thereby ensuring that coalitions would happen more often in the future. Presenting itself as a centre party, more or less equidistant from both of the major parties, was important to this strategy because it increased the party's freedom of manoeuvre to choose its coalition partner, and thereby the price it could charge for its support. All political activity was really subordinate to this strategy. Policies were adopted which made it possible for the centre party to win votes from against both major parties. There was activity at the local level with the intention of building up an activist and voter base, to prove that the party could win elections; on the few occasions where it actually achieved power at a local level there was usually some unhappiness, because the rigorous triangulation between 'left' and 'right' was hard to maintain. Of course, it barely needs saying that the events of the last year have effectively trashed this political strategy, and the present incarnation of the centre party badly needs a new story to satisfy its members and its voters.

Most other minority parties can't play the triangulation game. They have to seek influence through putting pressure on one of the major parties. Minority parties of the right, like UKIP and some of the European anti-immigrant parties, present themselves as being truer to the principles of the major right-wing party than the party is itself. Where the electoral system allows it, they can go after voters who are to the right of the major party, and with the intention of influencing it after the election by using its MPs to support its efforts to form a government; they will demand a price for this support, which demonstrates to their voters that there is a point in voting for them. Minority parties of the left can pursue the same strategy, again providing that the electoral system allows it.

Britain's first-past-the-post electoral system makes this strategy much more difficult. There is little chance that a minority party will get enough MPs elected to play a part in a post-election coalition. The only way to influence the major party to which one is closest is to threaten to hurt that party, by attracting sufficient votes to make it lose in some seats; the minor party can thereby argue to its supporters that its existence provides a counterweight to the major party's natural tendency to trim towards the centre and abandon its principles to attract floating voters. This is pretty much UKIP's political strategy in a nutshell – to force the Tories to the right by threatening to lose it marginal seats. The problem with this strategy is that it expects people to be make very complex bets about the voting intentions of others. UKIP wants to frighten the Tories into thinking that they need to move to the right, but its supporters don't actually want to hand the election to Labour. The same would apply to a moderately successful alternative left-wing party with respect to Labour; in order to actually influence Labour, it has to be able to pose a credible threat of costing it the election, but it knows that this is not what the voters to which it appeals wants to happen. That's why it's not only the centre party that campaigns for a different electoral system. Again, it barely needs saying that the defeat of the AV campaign in the recent referendum means that barring a transformative event like an economic collapse, a new electoral system is not going to be on offer for several years.

Which brings us, finally, to the political strategy of the Green Party. The party has a lovely vision of how it would like the future to be – lots of regulation to stop economic activity from damaging the environment, a redistributive tax system and government spending to make society more equal and to ensure that the poor and weak get looked after better, encouragement for alternative kinds of production and consumption, and for alternative economic and social arrangements like mutuals and co-ops. On specific issues it has lots of great policies, which many people who don't support or vote for the party would probably like if they knew about them. It has an unrivalled analysis of what is wrong with Britain and the world, which correctly links together things that are deliberately kept separate by mainstream politicians, like the relationship between debt, financial crisis and environmental destruction, or between economic growth and increased misery.

But in the place where there ought to be a political strategy – a story about how the party actually makes a difference, there is an empty space. It's theoretically possible that the party will gradually win over enough voters to form a government, but this is unlikely to happen within my children's lifetime.

We could try to influence Labour by being a more 'honest' presence to its left; but doing that properly would require us to be honest to ourselves that was what we were trying to do. We would have to target Labour marginals, and to target our message at voters and seats that Labour could otherwise hope to win.

Alternatively, we could consciously move towards the centre party slot. Although Green Party members are these days more likely to feel comfortable with the left, its voters and its ideological heritage are a bit more diverse; and it would be possible to position the party as in some way beyond the 'old-fashioned' left-right divide. At least in the short term this would be a way of picking up more electoral support, and perhaps influencing all of the major parties' policies a bit. It would provide a sort of justification for electoral activity in the face of the fact that we are never going to win power through elections. Again, doing this properly would require us to be honest to ourselves about what we were trying to do.

In principle, we could even move over to the right, worrying at the heels of the Conservatives . There is plenty of precedent for this within the history of the environmental movement, and there is probably political space for a movement that was radically conservationist and anti-capitalist. But we are not those sort of people, or that sort of a party, and most of us would jump ship in the face of such a turn.

Finally, we could position ourselves as much more like the revolutionary parties, even if we were not advocating any sort of insurrection. We would seek to change the way people thought rather than to win power for ourselves through the ballot box. We'd throw ourselves into campaigns and social movements, and use electoral activity as an opportunity to do this, rather than as a way of getting ourselves elected. We'd use both kinds of activity to demonstrate the validity of our analysis and arguments. I think lots of us would feel comfortable with this kind of strategy, which would be compatible with our values, principles and preferred activities – marching, demonstrating and so on. The problem with it as a strategy for the Green Party is that it's a more or less superfluous role, because there is already a vigorous environmental movement engaged in non-electoral campaigning and lobbying, which is more or less successful and does not appear to need a political party. The only justification for doing this is the sort of argument offered by the SWP, that the movement needs some sort of disciplined vanguard to do the co-ordinating and provide the correct ideas. This is arrogant, and unlikely to get us very far.

So there we are. As far as I can see the party of which I am a member, and whose ideas and policies I support the most, has no credible strategy to shape its political activities, and is simply keeping itself busy in the hope that something will turn up to make our efforts worthwhile and important.