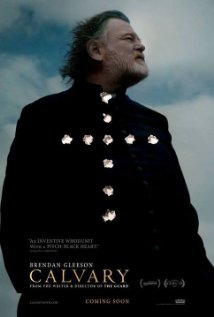 A really, really good film, though not at all a feel-good film. It's a slice through contemporary Ireland with all its pain and troubles. From the very first minute the theme of child abuse by Roman Catholic priests is introduced; this is the framework for the plot, because an abuse victim wants to kill the main character as an act of revenge, in the knowledge that he is a good priest and not an abuser. The film works its way towards this inevitable denouement via the other suffering characters in the village where the priest and the abuse victim, whose identity is known to the priest but not to us, both live.

The final shots are evocative of a sort of reversed version of "It's a wonderful life". In that film the character (a banker, BTW) is persuaded not to kill himself by seeing all the lives he has touched and what would have happened to them without him. Here the priest does go, half-willingly, to his own death, and we see all the people he might have helped but now won't.

The film is full of stunningly beautiful scenery and cinematography, and the acting and the characters are great. Particular mention is due to Chris O'Dowd, who I don't always like, simultaneously playing against and drawing on the sweet-bloke characters that he usually portrays.

One thing puzzles me. When the disgraced, disgraceful banker wants to show the priest how little everything means to him, he says that he can take a valuable painting off his wall and piss on it - which he then proceeds to do. The painting is Holbein's 'The Ambassadors', which is in the National Gallery, not on an Irish banker's wall. It's a famous painting, so the film makers must know that the audience will recognize and know that it can't be there for the banker to piss on it. So why? Because the painting is a puzzle for which the solution is death underlying everything, particularly ill-gotten wealth? Or is there some other puzzle that I have missed?
Posted by Jeremy Green at 7:33 AM

The Ambassadors painting deals with religious discord (during the reformation) through symbolism, in a similar manner to the film's own examination of the discord in Irish Catholicism. The anamorphic skull also brings to mind the impending threat of the protagonist's death. I think the painting has been chosen because of its relevance, in spite of the fact it would not be available for private ownership.