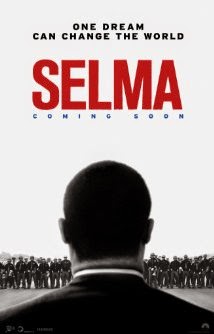 This is a great film to introduce people with no previous knowledge of the story of the US Civil Rights Movement. It captures the drama, the deep-seatedness of racism in the US South, the violence of the white backlash, the dignity and the near-miraculous self-restraint of the non-violent Black Civil Rights campaigners. It doesn’t cover the whole history of the movement but focuses on a specific moment – the campaign leading up to the Voting Rights Act, including the eponymous march from Selma, Alabama to state capital Montgomery.

It’s a drama not a documentary, and even though it’s not short it manages to touch on or hint at many of the issues. There is a brief reference to the divisions within the SNCC and between Martin Luther King’s SCLC and the SNCC – but we don’t really find out what this was about. We see that President LBJ is ostensibly sympathetic to King but keeps urging him to wait for voting rights – but we don’t see the extent to which LBJ was a prisoner of the pro-segregation Dixiecrats. In general LBJ seems to be vested with rather more dignity than he deserves. There is some stuff about MLK’s affairs and how the FBI tried to use illegally gathered surveillance of them to try to break up his marriage and thus harm the movement, but there is no attempt at any contemporary relevance – J Edgar Hoover just appears from time to time. 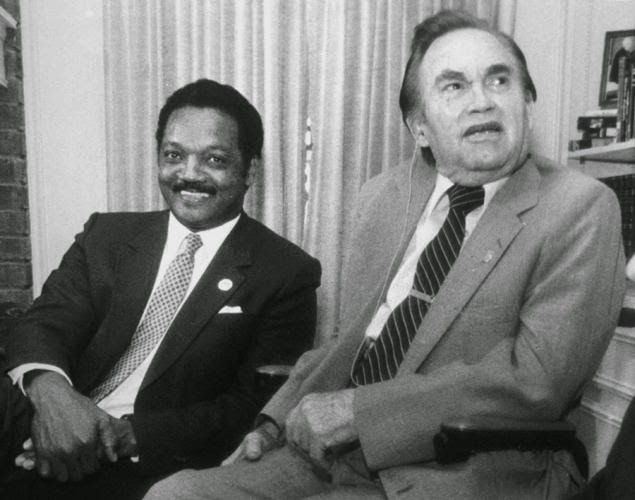 Tim Roth plays a menacing Governor George Wallace brilliantly, though the epilogue doesn’t mention that Wallace had a late-in-life reconversion to anti-racism (remarkably, Wallace had started out something of a liberal, unsuccessfully running in a Democratic Primary with NAACP backing against a KKK-endorsed candidate).

It’s a really good film with lots of great acting and direction (though occasional slushy music jars) and despite the length does not drag. But I’ve got two issues.
Firstly, it’s American, so it wants a happy ending. Therefore we have to see the Civil Rights Movement as a successful struggle. I saw this as part of a Journey to Justice event, preceded by rather good speeches by among others Chi Onwurah MP, Baroness Helena Kennedy and Baron Herman Ousely, the point of which is about learning from the experience of the movement.

But I’m not at all sure that movement did produce a happy ending, in the Hollywood sense. It seems mean and nasty to say that it delivered for a small education minority of the African-American community but left most of them behind.  The quotation from Dorothy Zellner (a white radical SNCC staffer) "What they want is to let the Negro into the existing society, not to change it..."  seems apposite to me. It’s not that nothing changed, but it didn’t get all fixed in the way that Hollywood wants to imply. This of course has implications for Journey to Justice, because co-option is one of the lessons that future radical movements need to learn about.

The other issue is even trickier, about the tactics and strategy of non-violence. The film doesn’t pull any punches about this. Some of the less pleasant characters in the film point out to King that he while he requires non-violence of his followers, he is relying on a violent response for his enemies. Later on in discussions with the SNCC activists he says much the same himself – when there was no violent backlash, the cameras went away and the tactic failed. King is shown as shocked and pained by the brutality meted out to his followers, but we can’t quite shake the feeling that at some level he must have been relieved and even pleased.

So how to process this? Whether  or not the movement succeeded even according to its own measures, the tactic was clearly successful. It put pressure on the US Federal Government, which needed world public opinion on its side for its wars in Asia. But I can’t help thinking about how those marches have evolved into our own, sanctioned-route police-approved traipses, and whether we have fixated on the form of the public protest while losing all sight of way it is supposed to work. And also the opposite thought – what is the ethics of deliberately putting your supporters in harm’s way for the greater good? Under what circumstances is this permissible – when they know what you are doing? When they knowingly accept the risk? Or when?