Review of 'The Invention of the Land of Israel' 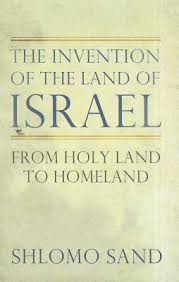 An interesting meander through some of the back alleys of Jewish, Zionist, and of course Palestine history. Of course it's political in content and intent, and Sand makes what seems to me to be a good case that the Zionist movement took the Jews' vague, spiritual and liturgical affinity for a distant land and turned it into a political instrument. I suspect that his selection of evidence (like everyone's) is partial, and that there will be pro-Zionist scholars who will point to other examples that appear to contradict his argument. I'm inclined to be convinced, so I find his argument persuasive and well documented; and his opposition to Zionism is nuanced and intelligent, and doesn't call for a return to some earlier day 'before the Zionist invasion'.

Nevertheless, as with his other book 'The Invention of the Jewish People', there are some things I didn't much like. Here I think he over-emphasises the ethical and humanist dimension of religious Jews' opposition to Zionism. Yes, the ultra-orthodox of various stripes were opposed to Zionism, just as they were opposed to emancipation and the ending of ghettos, and every other aspect of modern life. And they were opposed to a modern, political variant of Jewish nationalism, but they were most still believers in various ghastly ideas about Jewish superiority.

And I think his characterisation of Zionism as a Jewish nationalism could have been different. Apologists for Zionism are fond of saying that it's a nationalism like others, but it's always been a weird nationalism. I can't think of many other variants that were so uninterested in the folk-culture of the people which they intended to make into a national entity. In that sense perhaps Zionism's 'affinity' for an idealised 'ur-nation' of Hebrews as distinct from actually existing Jews is like the religious Jews' affinity for an idealised, spiritualized 'Land of Israel' that can be a focus of longing devoid of any geographical or practical reality.
Posted by Jeremy Green at 8:48 AM