Review of The Changeling 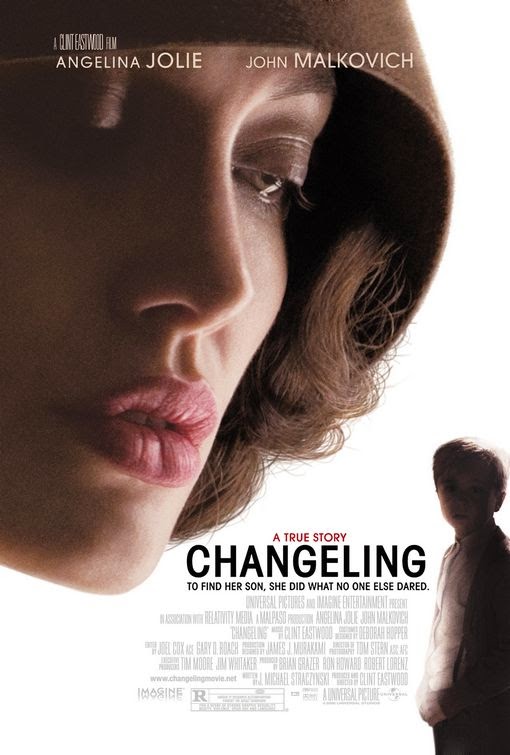 A relatively straightforward narrative of the Wineville Chicken Coop Murders, focusing on the experience of Christine Collins and the way that the LAPD offered her a substitute for her missing son. The actual story, as depicted in the Wikipedia article, is actually much more gruesome and unpleasant than the movie. In real life the murderer's mother was involved and actually proposed that he kill Walter Collins, because the boy could identify him. She got life because women weren't hanged.

A good film, and nice to see that Angelina Jolie can actually act. But strangely flat – given what happens in it (child abduction and murder, false accusations of insanity), one might have expected more noire.

Small historical footnote: both Jolie's character and her prostitute friend are subjected to punitive ECT in the hospital. Given that it is set in 1928-30 this is ahistorical. ECT wasn't used until 1937.
Posted by Jeremy Green at 10:01 AM