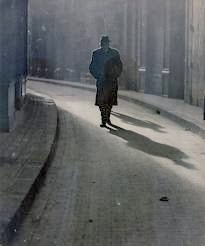 I went to Barcelona for Mobile World Congress 2014. Instead of rushing back at the end I stayed for the weekend and had a great time. I went to the Barcelona History Museum, and really enjoyed a special exhibition about the World of 1714 - the year in which Catalonia found itself abandoned at the tail end of the War of Spanish Succession and its independence came to an end.

I went with Ruth to the Sagrada Familia (only the outside - couldn't face the queue) and then on to the even more wonderful Modernista Hospital de la Santa Creu I Sant Pau.

We did Nick Lloyd's brilliant Civil War walking tour, which brought Orwell's Homage to Catalonia to life and almost moved me to tears.

We walked all over Montjuic (yes, Jew Mountain) and visited the Catalan National Art Museum. I particularly liked this picture by Antoni Arissa.

And I met up with Phil Shepherd, and with Jamilla Evans-Evans, neither of whom I have seen for at least fifteen years.
Posted by Jeremy Green at 11:28 AM