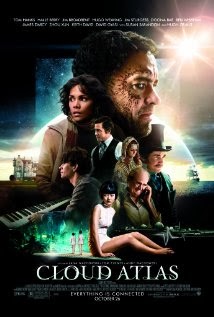 I loved the book, and this film is only tolerable. The structural complexities were always going to be hard to film. Watching it on a tablet as I did meant that I was going to miss out on the more impressive visual aspects - especially the scenes in Neo-Seoul.

Even taking that into account this is still a disappointment. The complex structure of the book is replaced with a more conventional set of inter-weaving narratives. Using the same actors to play different characters in these might have helped with the budget and the logistics but did nothing for the experience. And the characters make several laboured references to recurrence, and to the other 'themes', which I don't remember from the book.

At nearly three hours this is a long film but it felt longer.