Review of “The Gatekeepers" 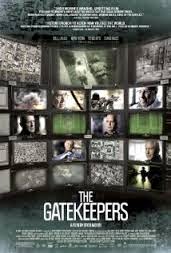 I watched this last night. I'd been avoiding it for a long time, as I avoid most things to do with the Israel-Palestine conflict. Why put yourself through the misery of engagement when it has so little chance of achieving anything positive? I haven't taken part in any of the discussions on Facebook or elsewhere, I haven't attended any of the demonstrations or shown solidarity with anyone, aware that I am censoring myself because I no longer have the energy to confront or even discuss.

The film reinforced me in my views, as I am sure it reinforces others, even with different views. The interviews with the six former heads of Shin Bet (the Israeli internal security service) are very candid – much more so than their British counterparts would be. They talk about operations they have planned and been involved in, the briefs they were given, and most of all their opinions about the politicians who should have been directing them – but mainly weren't.

Like most real people, their views are a mess of contradictions. At some point they condemn their own actions and those of others as unethical, at other times they despise the idea that ethics or morality could ever enter into counter-terrorism. They all view their political masters as weak, duplicitous and devoid of ideas – except for Yitzhak Rabin, who nobody seemed to have a bad word for.

The treatment of the Rabin years was the most unbearable part of the film to watch, because it reinforced my view that the Oslo Process could have worked. For a short window there was real will among the Israeli and Palestinian leaderships to achieve a way that their respective peoples could live together; maybe not Justice, but Peace. Many of my friends think that Oslo was always doomed because it didn't address the fundamentals, but I have never agreed with this. I think the film backs me up. It might have been possible to get Israelis and Palestinians living together, and invested in the absence of war, without addressing the really hard issues straight away.

Oslo was destroyed by the Israeli religious and nationalist right, and by Hamas and Islamic Jihad, very deliberately, because both believed that time was on their side and war would bring them a better outcome than peace.

And both war parties had the ideological high ground in their communities. The vicious murderers of the 'Jewish Underground', whom the Shin Bet initially targeted and neutralized, were pardoned and released as 'our own flesh and blood' by the mainstream Israeli establishment. Hamas – equally murderous, and equally committed to destroying the Oslo agreements -- were able to present themselves as the continuation of the Palestinian resistance, when Fatah and the PLO had 'sold out' to Zionism. By targeting buses in Tel Aviv, Hamas were striking directly at those most likely to be the Israeli supporters of Oslo – not at the settlers, or the military, or the nationalist right. When Hamas and its supporters talk about civilian casualties in Gaza, it's worth remembering that this was their chosen tactic to destroy Oslo.

It was truly unbearable to watch this film now, as Israeli bombs and missiles fall on Gaza, and my friends and family in Israel for the most part fall over themselves in their efforts to line up behind a strategy that is as cruel as it is stupid. The worst part is the missed opportunity, which all the heads of Shin Bet seemed to have appreciated. As John Cleese said in a rather different film, “I can take the despair. It's the hope I can't stand.”