Transmitting Torah: is this something you really want to do? 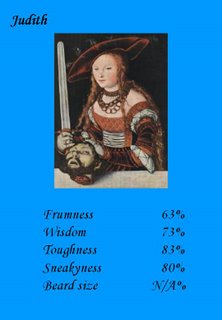 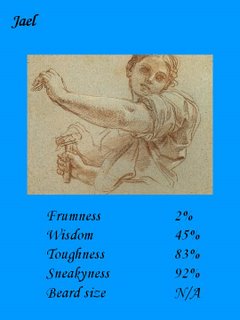 On 1st June I was invited by the North London Progressive Jewish Community to take part in a panel on ‘The Trouble with Transmitting Torah’. This is more or less what I said.

I’m the secretary of an organisation called ‘The Red Herring Club and Alternative Cheder’. I’m also one of the teachers in our little ‘cheder’, where we teach – among other things – a bit of Hebrew, some Yiddish, some folklore, and the stories of the Torah.

We describe ourselves as a secular Jewish Community based in London, oriented towards activities for children and families. We run activities and celebrate Jewish festivals and occasions in a non-religious way. We aim to preserve Jewish identity in a secular context and to foster the development and application of progressive and humanistic values.

We are a secular group, in that we are interested in those aspects of Jewish culture which form part of our identity but are not explicitly religious in form or content. I know that lots of members of Jewish communities, and synagogues as well, are actually secular Jews too, who have joined their schules as a form of cultural identification.

It’s not a condition of membership of our group that you are an atheist, but I am. I’m confident enough to say that the so-called “philosopher’s God”, the one who is necessary as a first cause in the universe or whose existence is entailed by his definition, and so on, is a logical nonsense. As it happens I don’t believe that the much more limited God in which the ancient Israelites believed, and who they wrote about in their Torah, is a logical nonsense – I just don’t think that he is a real entity.

So it ought to be straightforward to say that I don’t accept the traditional Jewish account of what the Torah is or how it came about – that is, that it was dictated in its entirety by God to Moses, all at once, on Mount Sinai (or was in on Mount Horeb?).

Very few serious biblical scholars believe this either, and those that do tend to be fundamentalists and creationists and so on. In fact, even among the orthodox, there is an internal tradition of questioning and criticising the received version of the Torah’s origins. As early as the 11th Century Abraham Ibn Ezra noticed that Deuteronomy was in a different style, and used different language, to the rest of the Torah.

These days most scholars believe that the Torah is a compilation of multiple texts, composed at different times and edited together in several stages. There are legitimate, genuine differences as to when and how this happened (If anyone wants a good introduction to the subject matter, I suggest Richard Friedman’s “Who Wrote the Bible?”), but it is possible to distinguish between several authors, each with their own particular linguistic styles and their own specific concerns. It’s possible too, to make hypotheses about what motivated these authors – among other ways, by looking at the ways in which they tell different versions of the same story.

And we can compare the narratives of the Torah with what we know from other sources – from archaeology, and from the study of other civilisations from the same time and regions – particularly Egypt, Assyria and Babylon. Now there are lots of debates going on here too, but it soon becomes clear that the Torah is not a reliable historical record. To cite just one example, the story that the Israelites were descended from people who escaped from Egypt and then conquered the Land of Canaan is probably just a story. There is some strong evidence that this story was made up relatively late in the First Temple period, to serve as a justification for the foreign policies of King Josiah. (Again, if anyone wants to follow up this argument, I recommend Israel Finkelstein and Neil Asher Silberman’s “The Bible Unearthed”).

Well, perhaps the Torah is not great history, but maybe it’s a source of moral inspiration. Hardly. The morality of the Torah is complex and contradictory – how could it be otherwise, with all those different authors and editors? Lots of it was never intended for moral edification, of course. The ancestor-tales of the patriarchs were meant to explain where our tribe came from and how it was different from and related to the surrounding tribes, but they weren’t meant as moral lessons – maybe a bit of celebration as to how we put one over the other lot, but that’s all. It’s later commentators who have to engage in intellectual acrobatics to try to uncover some sort of consistent morality where none was intended.

The bits where moral lessons are intended are much worse. The Torah prescribes capital punishment for a wide variety of offences, including Sabbath-breaking and disrespect of parents. It’s very keen on hierarchy and unquestioning obedience, hereditary castes and privileges. There is a lot about purity and cleanliness, and even more about the dangers of mixing things – stuff, animals, and especially people. It’s big on animal sacrifices (with really lots and lots of detail on how these should be carried out). And finally, there is a very proscriptive sexual morality, no doubt aimed at maximising reproductive performance – which has the effect of anathematising many sexual practices and relationships that most civilised people regard as matters of personal choice.

So what possible place can this have in a group that aims “to preserve Jewish identity in a secular context and to foster the development and application of progressive and humanistic values”? Why do we bother trying to teach Torah to our kids? I think that there are four arguments for doing this.

Firstly, there are some really great stories in it, and not enjoying them would be a pointless act of self-denial – like not studying the Greek or Norse myths because they weren’t historically true or morally useful. And the individual stories are more interesting and more enjoyable if you understand where they fit in the overall narrative – for example, the story of Joseph and his brothers is better for knowing that these twelve are going to be the ancestors of the twelve tribes of Israel. Knowing how these stories dovetail with other people’s – the connections between the story of Samson and those of other heroes like Herakles, for example – enhances rather than detracts from the enjoyment.

Secondly, for the sake of our overall project – preserving Jewish identity in a secular context – the Torah is important too. Now the culture and the identity that we aim to pass on to our children is not the culture of traditional Judaism, with its ritual observances. What we are trying to pass on is the critical, questioning, cosmopolitan aspects of being Jewish – not the rejection of mixing and hybridisation that we find in the Torah, but the sense of sitting across the boundary between two worlds that is, for us, at the heart of the modern Jewish experience, the identification with the alien and the outcast. Now we are aware that the culture that we are seeking to preserve is a much newer one – maybe two to three hundred years old at most. And it’s a culture that developed both in opposition to and engagement with the mainstream Jewish tradition. Our radical and revolutionary Jewish ancestors didn’t just fall from the sky, they grew out of the specific context of traditional communities, and if we want our kids to understand what that was like, they have to know about the context too – the shtetls and the shtiebels and the wonder-rabbis and all the rest of it.

Third, knowing what’s in the Torah – and the rest of the Tanakh too – is fundamental to participating in Western culture. Take Wilfred Owen’s poem “The Parable of the Old Man and the Young” for example – how can you make sense of that without knowing the story of Abraham? Or the song “Go Down Moses”, which we sang at our communal seder a few weeks ago? You can’t understand how the Exodus from Egypt has become a powerful symbol of liberation for many people around the world if you don’t know what the story is. Nor can you understand half of the pictures on the walls of art galleries. Of course, for the same reason it’s necessary to know something about the made-up stories of the Christian Bible too, and the Greek and Roman classics, but hey, we’re a secular Jewish group and we can only do so much.

Fourth and finally, there is what I think is the most important of all. Learning about what is in the Torah, and how and why it came to be there, is inoculation against a dogmatic way of thinking. Right now secularists, and secular Jews, need to know the Torah at least as well as the fundamentalists.

For a long time it was commonly held on the left that religion would just die out, as the relentless advance of technology demonstrated the superiority of scientific rationalism over superstition. Well, it hasn’t worked out that way, at least not so far.

It would be nice if we lived in a secular world, where the Bible was a historical curiosity, like the epic of Gilgamesh; but we don’t. Our kids are going to grow up among people who believe that the Bible is literally true, or that it contains important moral and spiritual truths, or – particularly in our own community, and even more in Israel, that it is an important contribution to political geography. Right now, they are growing up governed by people who sometimes appear to believe that the idea that the Biblical creation is true is a legitimate point of view that should be taught in schools. Some of these people are quite clever, and persuasive too.

For the moment, then, it’s important for secularists to know what is really in the Bible – to know the stories in all their magnificently contradictory details, and if possible to know how they got to be there too. Studying Torah – from a secular perspective – is one way to deal with fundamentalism. It’s not the only way – we could just say “it’s a load of superstitious rubbish, just ignore it” – but I’d rather put my trust in understanding and education.
Posted by Jeremy Green at 6:37 AM No comments: