A poem about opposites

...if cattle or horses or lions had hands and could draw,
And could sculpt like men, then the horses would draw their gods
Like horses, and cattle like cattle; and each they would shape
Bodies of gods in the likeness, each kind, of their own.


Cold, hot; true or not
Man made God in his own shape
And so shaped the world.

The name of the game;
Bilateral symmetry.
On the one hand, but…

We think the world in dyads
Two hands, ears, eyes - don’t you see?
What if we’d had three?

Posted by Jeremy Green at 9:07 AM No comments:

Sweet enjoyable American teen high-school rom-com, with the difference being that it's about a young man who is gay but hasn't come out to either friends or family. Very modern - lots of social media plot elements. But depicting a world in which pretty much everyone is gay-friendly - the school, the parents, the friends...for a few fleeting moments I wondered if this how the real world has now become. But then I found myself at a bus stop in the middle of a group of school kids of about the same age, and in about five seconds I heard that it hadn't.

Watched in the actual cinema (Woodford Odeon) with my Mum, who also loved the film, even though I didn't think she was that gay-friendly.
Posted by Jeremy Green at 12:04 PM No comments:

A collection of short stories, some previously published, by Australian sci-fi write Cat Sparks - lots of it dystopian post-apocalyptic. Not self-consciously feminist, but that way inclined, and all the better for it.

Nicely written, with several of them set in the same fictional universe; I rather wish there'd been more consistency about that, because even the ones that weren't could have been. Enjoyable all the same, and I'd happily read more by Cat Sparks.
Posted by Jeremy Green at 11:57 AM No comments:

Review of The Book Thief

Didn't like the book, didn't like the film. I don't think I learned anything, or felt anything new, about what it was like for ordinary Germans, or anti-Nazi Germans, during the Hitler period. Lots of sentimental devices...and the way in which the dialogue was in English, but with everyone speaking in Hollywood 'cherman' accents was excruciating. What possible justification is there for this...except to remind the stupidest of viewers that this is Germany?

Watched on live broadcast by Film 4.
Posted by Jeremy Green at 1:04 AM No comments:

Another shortish 'issue' film - this time it's a young American woman trying to get her heroin-addicted brother into rehab, and driving him around at night with his two-year old daughter in the car. Like other drug films it's heavy on the misery and squalor of drug use. There isn't much back-story for the brother, but it does depict the way that this is happening in a normal middle-class family; in fact the first ten minutes or so is a bit dull in that it grinds over the mechanics of preparations for a backyard birthday party - in so much detail that I almost gave up watching. In retrospect this was necessary, but...

Watched on Netflix.
Posted by Jeremy Green at 12:56 AM No comments:

Review of The Silent Child

A short (20 minutes), Oscar-winning film about a deaf child in a middle-class family, who is not treated with much compassion and understanding by her not-unkind but busy parents.

It's polemical and very well done - almost made me think 'why can't all films be this short and acute?'

The busy-ness of the motheris acidly depicted. Although it's very short, the film doesn't feel hurried at all, and there are some very clever short portraying of time passing and the developing relationship between the BSL-using language therapist and the child.

There were things I didn't much like. The busy mother is definitely presented as responsible person, if not the actual villain, of the film; she's the one who is inappropriately busy, she's the one who makes (or at any rate communicates) the bad decision to stop the therapist from continuing to teach the child to sign...and there is some suggestion that there is a relationship (divine punishment?) between the child's deafness and her marital infidelity. In some ways it's a very modern film with a very 1950s sub-text. It's noticeable, too, that though this is an 'ordinary' family, wanting to prepare their child for an ordinary local school, the house that they live in is practically a mansion.

But it's a good and powerful film, with a really strong message that is effectively conveyed.

Watched on BBC iPlayer.
Posted by Jeremy Green at 12:46 AM No comments:

Review of 'Hegemony How-To: A road map for radicals' by Jonathan Smucker

A nice, thoughtful book about strategy for socialists - well, he says 'radicals' in the title but he's mainly for self-described socialists. I think too much of it reads like it was written with one eye on an academic audience - he uses a lot of theoretical language, which I don't mind in principle but feel it doesn't add much. I liked the personal bits best. I'm also not sure how relevant it is to a UK audience. I think our left doesn't have a problem with the idea of hegemony, or of power, but has really bad ideas about how to achieve it. This book seems to be mainly an argument with the anarchists of Occupy, trying to persuade them that it's OK to organise to win things, and ultimately to win power; not such an issue here.
Posted by Jeremy Green at 5:33 AM No comments: 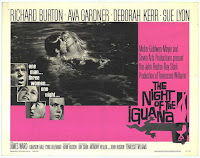 Watched via Chromestream and Chromecast, after obtaining through informal distribution.
Posted by Jeremy Green at 5:30 AM No comments:

A rather good, creepy science fiction film set in a near-future Berlin, which is rather well depicted. Lots of violence - it's set in a demi-monde of nightclubs and gangsters, and two of the main characters are former US military torturers who learned their trade in Kabul. But it didn't feel gratuitous to me, or that kind of comic-book knockabout violence that some films have where nobody really seems to get hurt. On the contrary the violence is mainly terrifying.

Curiously this felt and looked quite similar to the Amazon Prime original 'Altered Carbon', set much further into the future, though I think this was better. I liked it more because it was a one-off, and the near-future scenario felt more plausible.

Definitely worth watching, but not for the faint-hearted; I had to watch some of it through my fingers.

It's a Netflix original, and one of the few good films that I've watched on Netflix for a while.
Posted by Jeremy Green at 5:24 AM No comments:

A film about a young Black woman - 16-ish - in Queensbridge NYC who is a rapper and somewhat unexpectedly becomes a hip hop star. It was engaging, but I wasn't sure whether to like it or not; lots of stereotypes about useless, feckless Black men, drugs and the rap scene, trashy jewellery, etc. It was sympathetic to the Black women characters (only two white characters, and minor ones at that - in the whole film - shocking for British people that life in an apparently non-segregated city can be so segregated), but still depicted them in a way that Steve Bannon might have approved - shoplifting, skipping school, drinking to forget their troubles rather than addressing them, ripping each other off...

Watched on Netflix via Chromecast.
Posted by Jeremy Green at 2:39 AM No comments:

Review of 'As High as the Sky' 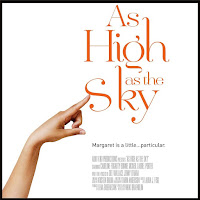 A film about an OCD woman recently abandoned by her partner, whose wilder older sister and daughter arrive unannounced for an indefinite stay. It's a bit of a comedy, but mainly a serious and quite touching film about loss and relationships. A lot of obvious symbols, but not bad in dealing with some big issues in a relatively light but meaningful way. Not sorry I watched it.

Watched on Amazon Prime on clever TV.
Posted by Jeremy Green at 2:32 AM No comments: