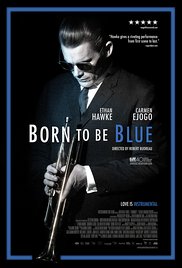 Watched at Landsown Film Club in Stroud.
Posted by Jeremy Green at 4:49 AM No comments:

A disappointing, plodding, boring film about a subject that ought to have been disturbing and too-engaging. It wasn’t particularly long, but I found myself looking at my watch.

Rachel Weisz plays Deborah Lipstadt as a Brooklyn (Queens actually) bimbo. Although it’s her book that forms the basis of the libel suit that David Irving brings, there’s not much sign that she is an expert at anything. She’s not called as a witness or to testify in her own defence. She supplies none of the critical points of evidence on which the case, as represented in the film, seems to turn. The only historical knowledge is presented as belonging to British elite academics. There’s not much sign of the existence of a complex of deniers, with institutions and organisations – if there had been, it would have started to become political and relevant in a way that this film mainly isn’t.

Penguin Books is cited as a co-defendant, but other than that barely appears, apart from a moment when some executive seems to disinterestedly ask Lipstadt if she plans to fight the case. No internal meetings to discuss how to handle this, no consideration as to whether to settle…

It’s full of cinematic clichés – it’s always raining in London, Lipstadt jogs to the statue of Boadicea, there’s little narrative or cinematic innovation (though Lipstadt sees visions of the dying at Auschwitz for a few seconds when she’s very emotionally engaged).

In the end the day is won by super stiff upper-lipped British lawyers, who know how to play the British legal system – which is ultimately the hero of the film. The lawyers’ decision not to call any eyewitness accounts to dispute Irving’s account is represented as entirely justified, and the only survivor we see actually nods at Lipstadt’s press conference where she retrospectively endorses this strategy.

I suppose there is some justification in making the film in that it packages the episode for earnest sixth form students who might otherwise not know this happened, but it seems flat and not useful in a period in which people not unlike Irving are in office in the most powerful country in the world. In particular it doesn’t much dwell on the way that Irving might be said to have won, even though he lost the case, by establishing that there is a ‘debate’ on the historicity of the holocaust. Climate change deniers pursue much the same strategy.

Watched at the Phoenix Cinema in East Finchley.
Posted by Jeremy Green at 8:14 AM No comments:

Review of 'Manchester by the sea'

A sad film about bereavement, responsibility, masculinity, alcohol. A bloke  (well, an American bloke, so he's probably a guy...but a blokey sort of guy) is living in in Boston and working as a janitor - he's good at the technical side of repairs and maintenance but not so good on the people stuff and has lots of arguments with the trickier tenants. But his brother dies, so he has to go back to the small New England fishing town where he grew up, and he finds that his brother named him guardian of the teenage son, without having forewarned him. Through a series of flashbacks we find out why he left the town in the first place, why he's so angry and so alone, and there's a sort of resolution in the conflict between him and the nephew. But there's no magic wand to make all the bad stuff go away, and we don't learn that everybody is OK really if you only approach them in the right way, or any other heartwarming but false messages. Often quite painful to watch, and long, but beautiful and worthwhile.

Watched at the proper cinema - the Everyman in Muswell Hill.
Posted by Jeremy Green at 7:42 AM No comments: