A very small Chandler novel, with an unusually upbeat ending - but nicely formed and plotted, with good characters and atmospheric settings. The usual crop of corrupt rich people, bent coppers, and so on.
Posted by Jeremy Green at 6:13 AM No comments:

Review of 'The Long Goodbye'

Possibly the best Chandler ever...complex plot (which I'm not sure I entirely followed...), great characters and settings, and an atmosphere of dank, over-ripe corruption that pervades everything. Written in another time and world, but feels very appropriate for our time.
Posted by Jeremy Green at 6:11 AM No comments: 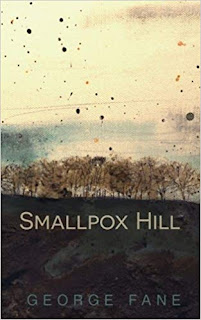 Unusual crime thriller with a GP protagonist, good characters and a rural West Country setting - not the chocolate-box version of the Cotswolds, but the gritty reality of the western side in the shadow of Bristol. This isn't by any means a rural idyll, but the author has a good feel for the landscape, and I also like the descriptions of buildings and interiors.

Nice, taut writing, a tense plot and believable bad guys - and some additional medical details that make the action more interesting and more believable.
Posted by Jeremy Green at 5:14 AM No comments:

Maxine Peake plays a comedian on the Northern working men's club circuit, with a narrative that flits back and forth during her life and career. It's not a happy or feelgood film, and it depicts well the environment of male violence and abuse that she grown up in. She's ultimately successful as a comic (not really a spoiler as we see this in more or less the opening sequence, in which she returns to look back at her child self) but she does so by participating in the racist, sexist, homophobic culture of the clubs - anything else would have been an ahistorical fantasy, of course. A really good film but not an entirely enjoyable one. The poster makes it look much lighter and funnier than it really is - I can't remember laughing at all.

Netflix - quite a good one, for once.
Posted by Jeremy Green at 5:00 AM No comments:

Review of 'City of Dreamers'

Not very interesting film about a young Irish woman who moves to Brighton after the break-up of a relationship, moves into a house with a nice but weird young man and then meets a succession of other nice young people with whom she builds meaningful friendships. She's a singer-songwriter, and has one bad night singing in an open mike night, busks on the street and makes loads of money because she's really very good (apparently - it's not obvious to me, though she has a nice voice) and then has a good spot at a party.

Inexplicably this film has wonderful reviews, though it's just slightly better than boring. One useful insight though; note to singer-songwriters - do at least two cover versions for every one of your own songs that you sing, and people will love you for it.

One odd thing - the Irish woman doesn't have a mobile phone and spends a lot of her time in phone boxes, calling her mum and making fruitless job-seeking phone calls. This is not explained. Everyone else in the film has phones, so why doesn't she?

Watched on Netflix. Are there any good films on Netflix?
Posted by Jeremy Green at 1:15 AM No comments:

I keep promising myself that I won't go to another of these, and then I do. This was dreadful, boring, noisy, incomprehensible, and not even much fun to look at. It was murky, the interiors were dull and uninteresting, the worlds weren't very enjoyable (though I did quite like the one with the big waves).

The only saving graces were Alan Driver doing his favourite expression, and Daisy Ridley, who has a nice bone structure and a really nice accent. But that wasn't worth two and a half hours of my life that I will never get back - I couldn't even doze because it was so noisy.

Watched at Everyman in Muswell Hill - very comfy seats but a bit chilly.
Posted by Jeremy Green at 1:11 AM No comments:

Julianne Moore is a sad, lonely, middle-aged divorced woman. Things are not going too well for her, and the camera lingers on the things that are part of her sadness. But it's not entirely obvious why she's so miserable. She has a good job, which includes health care - this will turn out to be important when she gets a condition later in the film that is non-life-threatening but requires continuing treatment. She has a nice apartment, albeit with noisy neighbours and an annoying ugly cat that keeps finding its way in even though she doesn't like it. She has a good relationship with her grown-up children, and with her ex and his new wife. She goes out dancing with friends, and she picks up men and has good sex with them, though she is looking for a relationship.

For a while I thought the film was heading in to 'Looking for Mr Goodbar' territory. The man she meets is a little bit creepy and might turn out to be a stalker or violent...but he doesn't, he's just a bit inept and still involved with his ex and his daughters - in what actually seems to be quite a responsible way, though he's a bit insenstive to the impact this is having on Gloria.

Ultimately a long, boring, empty film, with lots of long shots that are supposed to be poignant but are actually almost mystifying. I'm not sure whether the things that I took to be signs of the emptiness of American life would be seen thus by an American...as I've noted before, the interior shots of what is supposed to denote luxury just look vile to me. At one point in the film Gloria and the bloke go on a make-up break to Las Vegas...why would anyone with a shred of sensibility go there?

Watched on Netflix via Chromecast.
Posted by Jeremy Green at 1:25 AM No comments:

Review of A Marriage Story

Really sad film about the break-up of a marriage, and a talented and civilized couple (Scarlett Johanssen and Alan Driver, both acting really well) starting out trying to do the right thing in their separation, but gradually being dragged into a horrible adversarial lawyer-led divorce. Interesting to note that I thought, for most of it, that they were equally to blame, but Ruth saw it much more from the woman's perspective and thought that the man was less sympathetic as a character. Though he does turn out quite rotten as it goes on...

Netflix and Chromecast.
Posted by Jeremy Green at 10:03 AM No comments:

Another Almodovar, and this one was not just trying to shock, but really quite repulsive...lots of sex-and-death stuff, so that it verges on the snuff movie. Starts out with a woman having sex with a man while killing him, and though at first this seems like a dream sequence, we later learn that this has really happened. Not as much humour as others, and some unexplained/inexplicable plot elements.

Watched at Jane's shop, having been obtained via informal distribution.
Posted by Jeremy Green at 9:58 AM No comments:

Review of 'How Do You Know'

A romcom, and one that got dreadful reviews and bombed at the box office. I quite liked it though...I particularly liked that none of the characters were very likeable, and that it actually intersected the romantic dimension with a reasonable depiction of the world of work and the way people get stitched up there.

Watched on Netflix via Chromecast - interesting to note that the quality was dreadful for reasons I don't understand.
Posted by Jeremy Green at 9:55 AM No comments:

I wanted to like this. It's atmospheric, it's dystopian fiction about climate change, all the main characters are Black women...but after a promising start it began to drag. There wasn't enough happening, either in the plot or the character or scenario development. And then it's all resolved by a lot happening all at once, which felt like a disappointment too. As is often the case, the denouement is less interesting than the set-up.

Watched on Netflix on the smart TV.
Posted by Jeremy Green at 12:33 AM No comments:

Sort of the decolonised version of Jane Austen - young women in the marriage market of the country gentry, but with added issues of race, slavery and illegitimacy. Not bad, but a bit long and occasionally plodding. It felt to me that it rather overstated the significance of the 'Zong' case in ending slavery and the slave trade, but I'm not expert in this.

Oddly no-one mentions that the young woman is never actually called Belle, but usually Dido, presumably after the Queen of Carthage, who I guess they thought of as a noble black person.

Watched via Netflix and Chromecast.
Posted by Jeremy Green at 2:40 AM No comments:

Review of 'The Little Sister'

Possibly the best Raymond Chandler novel ever, and one I hadn't heard of. I found it in an omnibus along with The Long Goodbye and Playback. Really stylish, well-written, with heaps of good characters and a great, complex plot. Everything you want in a Chandler novel, and then some. I must say that I was sometimes confused by the plot, but I think that's part of the attraction.
Posted by Jeremy Green at 12:49 AM No comments:

Review of 'I have lost my body'

A moving French animated film, about a young man and his journey through a life that's sad. There's a surreal element, because we know that he has lost his hand, and the hand is trying to find its way back to him. Usually an animated severed hand is a terrifying thing, but here our sympathies are with the hand as it makes its own journey across a city that might be Paris.

There are some parts that didn't entirely make sense to me - that might be because I missed something, or it might be that the film isn't supposed to be an entirely realistic narrative. What was the place where the hand starts out? There's a fridge full of body parts and eyeballs, but we don't know where it is or ever find out.

But it's a beautiful, poignant and clever film, and I didn't look away or lose engagement for a second.

I note in passing that the young man is Muslim, and that this isn't the point of the story or even a central element. In a British film if a character is Jewish, or Muslim, that has to be the main thing about them; in a French film, not so much, which is great.

Watched on Netflix via phone and Chromecast.
Posted by Jeremy Green at 12:45 AM No comments: