Review of 'The Fifth Estate'

Saw this a few hours ago. I thought it was good - much better than the mainstream reviews suggested, and managing quite well to show at the same time that Wikileaks is important but Assange is a bit of a creep. Too much sympathy to the US Government in my view, because that's where all of the human interest stuff is located; no human interest in the people who are the victims of what the US government does or sponsors. The Kenyans who are victims are pretty much faceless - we don't build any emotional connection with them before they are assassinated.

But a a good film for the most part, and engrossing despite the length.
Posted by Jeremy Green at 10:18 AM No comments: 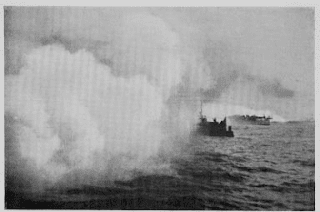 Recent revelations about PRISM and TEMPORA have made people more aware about the threats to their privacy on the internet. There have also been concerns about commercially motivated data harvesting, though these have rather paled into insignificance in the light of the governments' apparently illegal data gathering practices.

Some internet users have responded by suggesting that we all ought to use better encrypted services and blocking software. There are doubts as to how effective this can be, especially since the government appears to have an armlock on the providers of these services. My modest proposal is for a different, smokescreen-like approach. I suggest it would be useful if our browsers generated masses of false data about our search terms and browsing habits.

Something similar has been suggested before, as in this article and also here. A similar approach has also been proposed in terms of generating fake GPS location data.

This could be delivered via a browser plug-in, like AdBlock. The spoofing and false search terms could be regularly updated in the plug in. On the model of the World Community Grid the plug-in could be only active when the users were not actively using their PCs. Of course, it would be of fundamental importance that those who managed this process were perceived to be completely trustworthy; otherwise the plug-ins could be manipulated for commercial purposes, or to support objectives that those who had joined this activity would not endorse.

This is particularly important because the network of participating PCs could be used in something very similar to a botnet orchestrated distributed denial of service attack, albeit one with the consent of the PC owners. In the context of full consent, though, this could be seen as a legitimate form of protest, analogous to signing petitions or sending emails of protest.


I look forward to being advised by my more code-savvy friends whether this approach would be feasible and whether it has disadvantages that I haven't thought of.
Posted by Jeremy Green at 3:46 AM No comments:

Review of "Heretic's guide to global finance: hacking the future of money" by Brett Scott

This is an important and interesting book that covers a lot of ground in a succinct and clear way. It explains a lot about how the world of finance works and suggests some ways in which activists can take it on. If you know nothing about finance and financial markets you should definitely read it.

If you are looking for a rant about the iniquities of global finance then look elsewhere. Scott has set out to do something different in this book. As well as an account of how finance works (rather than a critique of how it doesn't), it is also an exploration of the possibilities to act on the financial system – both through disruption and also through the creation of positive alternatives and exploitation of those spaces that do exist for creativity.

For me, I'd have preferred a little more of the critique, although I accept that this would have been hard in a short, focused book – and I acknowledge that there are plenty of other books that cover this ground. Scott is strong on the rationale for the whole edifice of derivatives, hedge funds and so on, and I'd have liked him to apply his strong facility for clear explanation to the irrationality – the short-termism, the way it necessarily drives projects which wreck the planet, the corruption...(I'd have preferred if he'd dropped the references to 'gonzo' engagement, which didn't really work for me).

A more serious issue is about the whole notion of 'engagement' with the world of finance. 'Engagement' has two separate, almost opposite meanings; you engage with the enemy by fighting against it, and you engage with something else as an alternative to fighting against it – 'constructive engagement', in the language of the diplomats. There is a sense in which Scott obfuscates the difference between the two meanings; are we engaging with the world of finance to educate our side as to how it works and what's wrong with it, or because we think it is actually susceptible to influence and capable of change so as to not be evil?

There is a similar issue at the heart of the alternative financial models and entities that he discusses, in what for me was easily the best and most useful part of the book. Unlike the Bolshevik tradition, which argues that nothing much useful can be done until capitalism has been overthrown, and unlike the social democratic tradition which argues that capitalism can be reformed bit by bit until it will no longer be capitalism, the anarchist and syndicalist traditions thought that it was worth creating pre-figurative institutions so as to 'build the new world within the shell of the old'. It's a lovely image, and it's hard to resist the appeal of the idea; why not make things now that are harbingers of the world we want to make, and at the same time create something that is worthwhile in itself? The book has lots of examples of projects in this spirit, and Scott's blog (Suitpossum) has even more. They are inspirations and models, and they deserve the attention he gives them.

That said, it's important to realise that this path, as much as the other two, is strewn with the corpses of failures – the co-ops that went bust through incompetence, the union-owned enterprises that turned out to be no better as employers than their capitalist counterparts, and so on. Each of these failures affects not only the people involved, but all those who were inspired and believed, and who learned that nothing can be changed. For some people – especially those who work in start-ups – failures are as valuable as successes, because you learn so much from them. But social movements are not venture capitalists, and they can't afford so many failures if they are going to keep activists and others involved. Campaigners need a string of little victories, no matter how small, to keep the troops motivated.

But this is nevertheless a great book, with a great set of references and further reading. More people on the anti-capitalist left need to involve themselves in what finance is like, if only to answer the argument that this is the only way that a complex technological and economic system can be organised.


Posted by Jeremy Green at 5:09 AM No comments:

Review of "Friends with Benefits"

Enjoyable quirky sort of anti-romcom romcom. Some plot and character implausibilities, but also some sharp dialogue and nice observations; better than average for the genre. Interesting use of contemporary technology elements to expedite elements of the plot (smartphones, voice mail)...funny though how no-one in this film seems to have heard of social media.
Posted by Jeremy Green at 1:37 AM No comments:

Review of This Thing of Darkness by Harry Thompson 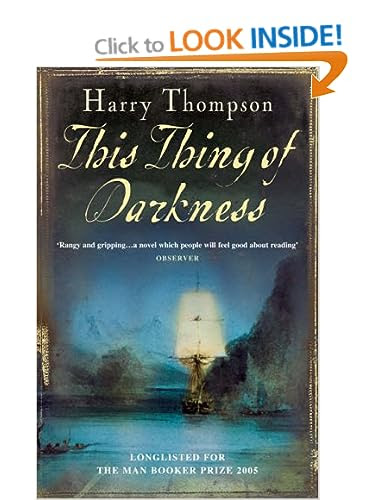 This was recommended by someone that I trust, but I really didn't like it. It is overlong and the writing is not that good. Fitzroy seems to have been an interesting character who was badly treated and under-appreciated, but this book makes him about to be something like a saint. His hunches are always right, he is always on the right side of every argument, and his thoughts are almost always honourable. His main character flaw - his terrible temper and his bipolar disorder - is presented as something entirely external to him. I don't want to diminish the illness, but the way it is described means that it is nothing to do with Fitzroy's self. The book is also entirely sympathetic to Fitzroy's politics - he is a reactionary Tory paternalist. Everyone else (including other Tories) are presented as cynical and corrupt, especially the Liberals and the Radicals. The Chartists get a walk-on part as a ravening mob. Liberal factory owners are hypocrites. Only Tory landowners have the real interests of the common people at heart (I bet David Cameron would love this book). Only believing Christians who think that savages have immortal souls that can be saved for God are not racists. As a naval officer Fitzroy maintains iron discipline (including just the one flogging) but his men respect him for it.

Perhaps the worst thing about the book is the portrayal of Darwin, who comes across as vain, pompous, cowardly, unreliable, snobbish and racist (a proto-social Darwinist, looking forward to the extermination of inferior races). The book really is a hatchet job here. No petty thought of Darwin's is too trivial to be described; imagine a biography of Martin Luther King that recorded his thoughts about the footwear of the people he met. Now I am not a Darwin scholar, but I have read his account of The Voyage of the Beagle, and he comes across there as a really great guy - someone I'd happily have spent time with. Of course that's his account and necessarily biased, but even so - the things in which he takes pleasure, and the things that he hates (including racism and slavery) suggest to me that he was not much like the Darwin of this book.

I am bemused by all the people who think that this book is so great; what else do they read?
Posted by Jeremy Green at 3:01 AM No comments:

As the mainstream reviews say, this is a long-awaited return to form by Woody Allen - a serious, sombre drama centred on the character flaws of Jasmine. I don't want to write a spoiler (even though approximately no-one reads these reviews), and it's difficult to write much about this without giving away the progressive of the narrative. Not that it's a plot driven film, but Jasmine's personality and history is at least partially revealed in stages, and knowing what these were going to be would spoil the film.

Suffice it to say, then, that this is a pretty much perfect film in dialogue, appearance and narration. It is about the nastiness of the rich and powerful, and the ways in they screw over the lives of those that they touch. Cate Blanchett is great as the spoiled, selfish, self-deluding Jasmine. The film manages to convey the pathos of a fall from a great height, and to engage us emotionally with it, without evoking a shred of sympathy - pretty impressive, I'd say.
Posted by Jeremy Green at 8:07 AM 2 comments: