I loved The Big Short, and I liked this a lot. Lewis has the knack of bringing complicated financial stuff to life, and making it comprehensible, through a combination of anecdote and analogy. He's really great at this. Unlike the other books, though, he's on political territory here, and I suspect his instincts are not so sound. He's also writing about people other than Americans, and I suspect he is not immune from the kinds of prejudices about other nations that make for easy shorthand. He knows this, and he makes it apparent that he knows, but even so there is a bad taste in the mouth. Are all Greeks really lazy and venal? Are all Germans really obsessed with shit, and does this explain what happened with their financial system?

I think he's particularly unfair to the Germans, as indeed so many others are. Once you get passed all the shit stuff, what the Germans really stand accused of is believing the ratings agencies. If they shouldn't have, then surely the offence is with them rather than with Germany's modest, local banking system.

And it's funny the way that the final chapter, about America, has to end on a note of optimism, even though just a few pages earlier he was lambasting the 'something will turn up' attitude that allowed so many people to indulge in so much stupidity. I don't think Americans are aware of just how ingrained this need to find a bright note to end on is part of their national character. Optimism is nice, but stupid faith that something will turn up is actually dis-empowering and in itself leads to more bad decisions.

Still a very good read though.

Posted by Jeremy Green at 12:33 AM No comments:

I really enjoyed this, though I am not entirely sure I should have. It's very violent - lots of people get killed, though they are mainly baddies. There's quite a lot of gore, too - they don't just get quietly killed off-screen. On the other hand, it's quite witty, and more inventive in form and structure (lots of talking direct to the audience, some moments that make it explicit that you are watching a film, and so on). And apart from the structure, there's quite a good whodunnit/whydunnit plot, interesting characters, and some good LA locations that veer between the glamorous and the seedy. And I like Robert Downey Jnr much better as a nebbech that than I do as a tough-guy.
Posted by Jeremy Green at 12:16 AM No comments: 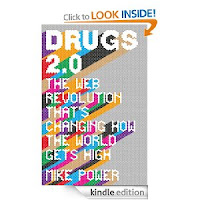 Full of lots of new information and powerful insights. Worth reading for the chapter on the Dark Web alone, which introduces the reader to the subject of Tor, encryption, and virtual currencies.Not given over to unthinking liberalism on drugs either - the author makes it clear that 'research chemicals' can be really, really dangerous, and the fact that it is almost impossible to control the supply does not automatically prove that legalization is the only option.Can't help thinking (a) that it's mad to have driven our kids from herbal substances on which it is hard to overdose towards synthetic ones the effects and correct dosage of which are poorly understood and (b) that part of the solution must surely be for the pharmaceutical industry to pull its finger out and develop a proper recreational drug program.
Posted by Jeremy Green at 8:26 AM No comments:

Review of 'The Sessions'

Just your regular polio-victim-sex-surrogate film. Well, not formulaic at all, then, and occasionally very uncomfortable to watch. Lots of detail about the mechanics of polio, and also about the mechanics of having sex when you are severely disabled. Worth watching, but not a whole lot of fun - though there are some great cameos and some nice moments of humour.

Based on a true story, and on an article written by the subject of the film Mark O'Brien.
Posted by Jeremy Green at 8:19 AM No comments:

Review of "Ginger and Rosa"

Two teenage girls grow up in 1960s London with liberal, progressive parents. The famous left-wing intellectual dad turns out to have feet of clay and shags the main character's best friend, even though she is a young teen. Everyone (even the other liberal parents and godparents) is shocked. A coming of age film, with some nice scenes and settings, but a bit empty.
Posted by Jeremy Green at 6:15 AM No comments:

A sad film about a middle-aged couple in a relationship that was gone stale. Packaged as if it is a comedy, but actually not funny at all. The male character (well played by Tommy Lee Jones, though I wonder if Jack Nicholson was considered for the role) is so emotionally constipated and frightened of any kind of intimacy that he needs some more serious psychotherapy than the touchy-feely “couples therapy” on offer here.

Not a bad film though. Meryl Streep isn't in many bad ones, is she?
Posted by Jeremy Green at 6:11 AM No comments:

Did we need another film version of “Great Expectations”? Why? I'd say the David Leanversion had it down properly, and was certainly atmospheric enough. The story hasn't changed. Well, cinematic technique has moved on, I suppose. And you can use new actors – that'll make it more accessible, won't it? A bit like Borges' story in which Paul Menard re-writes Don Quixote, using exactly the same words – but his version is richer in allusions to more recent events. So this was quite enjoyable to watch but feels completely superfluous.
Posted by Jeremy Green at 6:04 AM No comments:

Review of 'What happens in Vegas'

Dull, stupid romcom. Formulaic. Only surprising aspects: the sympathetic depiction of alcohol and drunkenness. Usually when characters in this sort of film use/abuse alcohol there are bad consequences. Here there mainly aren't. Sure, the annoying yuppie that Cameron Diaz plays gets married to the slacker male lead because she's drunk, but that turns out well in the end. No-one who gets drunk seems to have a bad hangover or take foolish risks, let alone vomit into a gutter. Also, surprising in that the male character has a family and a back-story but the female one just doesn't.
Posted by Jeremy Green at 1:45 AM No comments:

Review of 'The Adjustment Bureau'

One of the worst films I have seen for a long time. The presence of Matt Damon ought to have been a clue. A mixture of conspiracy thriller, supernatural/religious themes, and the 'American ideology' that anyone can rise above their fate if they are determined enough. Truly awful. I was pleased to discover that the Philip K Dick story on which this is very loosely based, 'The Adjustment Team', is nothing like this at all. I like his work, and usually like the films it is made into. This is a dreadful exception.
Posted by Jeremy Green at 4:37 AM No comments:

Review of all of those Stieg Larsson "Girl With..." films

I watched these last week while recovering from a neck/shoulder injury. I think I enjoyed the injury more. These films, like the book, are violent but dull. I know that I ought to like Stieg Largsson, but I don't - not the books, and not the films. Despite the plot lines they are devoid of dramatic tension, and the characters are uninteresting. The plots are full of holes, and apparently intelligent characters do the most stupid things.

At least now I understand why there was a US remake so soon after the release of the Swedish film; given the success of the books someone thought that they ought to be able to make a film that was at least not boring. I don't know if they succeeded. I am not going to watch the Hollywood remake - I have already wasted enough time on this. Well, that's seven hours of my life I'm not getting back.
Posted by Jeremy Green at 6:53 AM No comments: