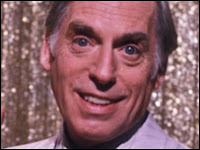 And now I feel a campaign coming on...the nice manager in Rymans tells me that he'd like to close the shop door, but it's head office policy to keep it open.
Posted by Jeremy Green at 1:24 AM No comments:

The Invention of the Jewish People by Shlomo Sand 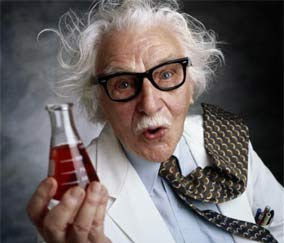 Most of what you think you know about Jewish history is a myth, from the kingdoms of David and Solomon, through the Romans’ exile of the Jews from Palestine, to the emergence of the Yiddish-speaking milieu of Eastern Europe by German Jews migrating eastwards to escape persecution.

That’s the claim of Shlomo Sand’s book, provocatively titled “The Invention of the Jewish People”. By choosing the word ‘invention’, Sand begins to stake his claim that the account of Jewish history with which we are familiar is not reliable – so ‘invention’ in the sense of inventing the facts – and has been consciously created.

This is a fascinating, dense but patchy work, and one that requires careful reading.
Some of the patchiness comes from the fact that this is really three quite different books locked inside a single cover.

The first book is a scholarly account of developments in the writing of Jewish history – a history of historians and histories. Here we are introduced to pioneers like Isaak Marcus Jost, to Heinrich Graetz, and to the arrival of Zionism in the making of Jewish history (and History Departments). This part of the book is based on a very strong theoretical approach to the relationship between nationalism and emergent national intelligentsias; Sand argues that though we tend to think of nationalism as premised on a pre-existing entity called the nation, in real history nationalism often comes before the nation – with nationalist movements bringing into being the entity that they claim to represent. This is particularly the case in the multi-national empires of Central and Eastern Europe, where intellectuals who couldn’t get their share of state patrimony created their own small ponds in which they could be the big fish. Sand recognises that all nations are to some extent “invented” – not only the later arrivals of Eastern Europe but also the major players like the English and the French.

The second book is a popular account of some key episodes in Jewish history. Sands debunks the widely held belief that the Bible can be relied on as a historical source, marshalling arguments from Biblical criticism and archaeology. (This shouldn’t really be necessary at all in the twenty first century, but a surprising number of intelligent people think that the stories in the Bible of the Exodus, or the United Monarchy of David and Solomon, are grounded in history rather than in myth).

More important, he examines the historical evidence for the Romans’ exile of the Jews from their land, and finds it wanting. And he shows the importance of conversions in the creation of large Jewish populations, both in the ancient world and in the middle ages – there are long treatments of the Jews of Southern Arabia, North Africa and Spain, and of course the Khazars.

The third book is the most polemical, focusing on the way that the specifically Zionist account of Jewish history has been used to construct a sense of Jewish identity that serves particular political ends. It looks at the impact of this process on Palestinian Arabs, Jews in Israel, and Jews elsewhere. It’s hard to find fault with much of this analysis, or with Sand’s conclusion that Israel is a ‘liberal ethnocracy’ – with the word ‘liberal’ used in a technical sense rather than as a term of approbation. One almost wishes that Sand had also taken aim at diasporic constructions of Jewish identity – the recent rows over the admissibility of converts to faith schools in the UK would have been an interesting addition to the story.

However, while this section will certainly be the part that is most interesting to readers of Jewish Socialist, but the latter should be aware that Sand is throwing a lot of secular Jewish identity baby out with the Zionist bathwater. He quotes with approval Rabbi Yeshaiahu Karelitz’s dictum that “the [secular-Jewish] cart is empty”, to bolter his argument that “There has never been secular Jewish culture common to all the Jews in the world”. He puts the boot in Simon Dubnow as a proto-Zionist, even though Dubnow’s thinking on Jewish nationality inspired alternative strands of Jewish nationalism and Dubnow himself was an inconstant Zionist and more often association with Diaspora autonomism.

Sand seems to be a very nice, thoughtful person. Some of the hatchet-job reviews on his book are unfair, if not unsurprising. Although he’s been accused of lack of sensitivity to the Jewish predicament, a prologue to the book full of quite moving personal anecdotes shows the very opposite. On the issue of how Israelis and Palestinians might be reconciled he is a pragmatic post-Zionist rather than an ‘Arab Nationalist of the Jewish Persuasion’, with lots of useful insights – and some wonderful stories about the early Zionist settlers hoped to recruit the Palestinian fellahin to an ethnically-based secular Jewish identity.

But he’s not been too well served by his editors. The book contains at least one howler that I spotted (in which the ‘Marxist Zionist’ Borochov changes his mind as a result of an episode twelve years after his death), and there may be more. There’s a long digression on recent research into Jewish genetics that doesn’t seem particularly well informed or useful. There are some odd omissions in the sources that Sand acknowledges – no mention of Ilan Halevi’s ‘History of the Jews’ which covers much of the same ground, no mention of Abram Leon (though a longish account of Kautsky’s views on the Jewish Question), not even a mention of Hobsbawm on ‘the invention of tradition’. The discussion of Khazar history says much about how it has been ignored by Zionist historians, but nothing about how it has been appropriated by anti-semites (including Henry Ford’s “Dearborn Independent”).

Ultimately, Sand’s book is an important one. It deserves reading, and Sand deserves some support for writing it – though of course, in the great tradition of the left, such support should be critical if unconditional.
Posted by Jeremy Green at 3:09 AM 1 comment: