Shame that the first Firefox OS phones are so bad 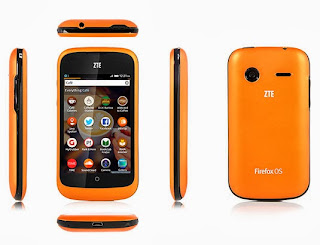 I bought a ZTE Open for my son. His cheapo Android had more or less broken and it seemed a good time to try one out, what with having written the book and all that.

It had received some bad reviews but some people are...you know, really picky. Maybe it wasn't so bad. And why not try it out on someone else?

Sadly it really was that bad. The touchscreen was unusable, the camera rubbish, and he couldn't make it sync with the contacts in his Google account.

He gave it half an hour before he put it back in the box and went back to the broken cheapo one.

This doesn't prove that all Firefox OS phones will always be bad, but it does make you wonder what ZTE - and the mobile operators who are putting some hopes behind Firefox OS as a way to counter the duopoly - are playing at. Why release something this bad?
Posted by Jeremy Green at 2:07 AM No comments: