Watching this film reminded me of all the things that I liked, and hated, about reading 'Eichmann in Jerusalem'. The film focuses on the critical response, especially by New York Jews and Israelis, to the book; Arendt has to deal with the fact that lots of people, including some of her close friends, hated the book and thought that she was making excuses for Eichmann.

In that regard, the point she was making seems itself to be a bit banal nowadays. We understand that racism does not require that individual racists hate with a passion; we can conceive of a system that is racist without the necessity for personal hatred. Arendt made the same point about Eichmann; he wasn't a personal anti-semite. Lots of people seem to have misinterpreted this, some of them wilfully.

We also see her making the point about the complicity of some Jewish leaders in helping to facilitate the organisation of the holocaust. In the film this is presented as a personal accusation that she has made; in reality it was observation of what happened at the trial. The book makes unhappy reading for those that want the story of the Holocaust to be a straightforward morality play with evil persecutors and wholly innocent victims. But the historical facts and not really in dispute, only how they should be thought about.

Indeed, much of this had already been raised by the 1954 Kastner trial, which revealed how much Jewish leaders, including Zionist leaders, had been compromised by the decisions they made about who lived and who died. This is very uncomfortable reading for many (if not most) Jews, who would rather just not think about this. Part of the negative reaction to Arendt, and then to the various anti-Zionists writers like Jim Allen who brought this up as part of a critique of Zionism, is down to this.

Not all, mind; there is a degree of moral sadism in the way that anti-Zionists raise the issue in the wilful absence of an understanding of the context, as if the Jewish or Zionist leaders in question made these awful decisions in comfort. It is almost as if they want to make some sort of equivalence between the responsibility of the Jewish leaders and the responsibility of the Nazis.

Arendt, to her credit, never did that, and the film makes this point very eloquently, not least in the set-piece lecture at the university, where a young female student asks her about this. But what is doesn't do is to highlight the tone of the book, especially the earlier parts, where Arendt writes with distaste about the histrionics of the trial; why are the Israelis allowing witnesses to testify about their experiences of the Holocaust when this can have no bearing on the guilt or innocence of Eichmann as an individual? That bit of the book really stank for me, and the film doesn't seem to notice that it happened.

The film does convey that Arendt was part of a small elite of very German Jews, who felt themselves to be part of the great sweep of German culture. It doesn't explain that most Jews in the West, and in Israel, are not part of that small band.
Posted by Jeremy Green at 9:24 AM 1 comment:

A nice-ish coming of age sort of film...a bit shapeless, and sort of long, really, like real life. The remarkable thing is that the film-makers managed to get the actors, including the main actor (the eponymous boy) to stay with the project while the character aged from 8 to 18. Other than that nothing very exciting happens; the mom gets divorced a few times, moves in with some crap men and then moves out again, the boy does some alcohol and some weed. Normal life. Watchable, but not especially moving; it ends with the boy just going off to college and meeting his room-mate and next girlfriend.
Posted by Jeremy Green at 9:01 AM No comments:

Review of 'The Wind Rises'

A film that is both beautiful and a bit vacuous, like the central character – the real-life aeronautical engineer Jiro Horikoshi, who spent his life designing military aircraft even though, at least in the film, he is portrayed as unenthusiastic about the military aspects of aviation. But this doesn't translate into much of a conflict; he just gets on with it, though he is occasionally wistful about making weapons of mass destruction.

It's a pleasure to look at, and to listen to – I really enjoyed the music. It's Miyazaki's last film, apparently, and is also based on a manga book that he created on the same subject. But it is a bit flat emotionally, and even a bit boring sometimes.
Posted by Jeremy Green at 1:11 AM No comments: 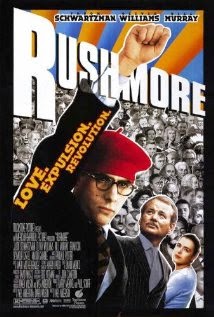 
It's got good actors and characters, an interesting scenario, but the premise doesn't quite work.
Posted by Jeremy Green at 1:33 AM No comments: 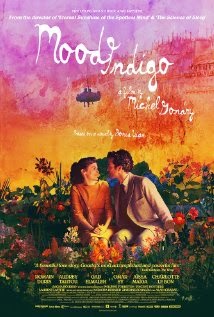 Well, that's 90 minutes of my life I'm never going to get back. Actually not quite that much, because I slept through some of it, so that time wasn't entirely wasted. The time spent watching the film was, though – pretentious self-indulgent rubbish. A number of people walked out, and I might have, but I didn't want to wake up the two people with whom I'd gone to see it.

The fact that it was so bad was made worse by the fact that every so often there was a genuinely striking visual element. I liked the rows of people typing at moving typewriters as an image of the Fates, and the insect-like doorbell.

I really liked Gondry's “Eternal Sunshine of the Spotless Mind”, which I thought was genuinely clever and enjoyable. But I should have remembered that he also made 'The Science of Sleep', which was as dire as this.

I am beginning to suspect that Audrey Tatou is a film indicator; if she's in it then it won't be any good. Not an entirely reliable one, mind, because Amelie was enjoyable and A Very Long Engagement was really good.
Posted by Jeremy Green at 11:56 PM No comments: