Review of 'Harold and Maude'

I can't believe I've never got round to seeing this before. It's a classic, and though it's old it's really funny and also quite thoughtful...about the relationship between an unhappy young man and a bonkers older woman, who meet because their mutual hobby is to go to strangers' funerals (which rather reminded me of Fight Club, where the Brad Pitt and Helena Bonham-Carter characters meet because they go to support groups for conditions that they don't have).

Hard to say much more without spoilers, but well worth seeing; a soundtrack by Cat Stevens that made me really nostalgic too.

Watched via Chromecast and Chromestream, having obtained via informal distribution.
Posted by Jeremy Green at 6:31 AM No comments:

Review of 'The Breaker Upperers'

A fish and chip supper of a film - you know it's really not very good for you, but it's still enjoyable. Or rather, since this is a New Zealand comedy, perhaps it's a fsh and chp spper.

The idea is that two women run an agency that helps people break up from their partners when they don't have the guts to do it themselves - sort of a bit like the agency in the stupid French romcom Heartbreaker.

But this is funnier than that was. It's quite on racism/antiracism and bi/sexuality, and there are some really quite good jokes here and there.

Watched on Netflix, because it's a Netflix original. Which is funny, because though NZ seems to be turning out quite a few decent quirky comedies lately, this is surely of most interest to kiwis, which is a sort of limited market.
Posted by Jeremy Green at 6:22 AM No comments:

I've been meaning to watch this for a long time - what with being 'Ex Machina' myself - but somehow never quite managed to get round to it, perhaps because I thought Ruth wouldn't want to watch it and we mainly watch films together.

In fact she would have liked it. It's science fiction, but it's slow but interesting and thoughtful, with a claustrophobic feel despite the beautiful landscapes and modernist interiors. Lots of plot twists and revelations, and interesting emotional and intellectual elements.

Watched via USB stick and informal distribution on new clever TV.
Posted by Jeremy Green at 11:41 PM No comments:

Review of The Hunting Rug by Gabor Gorgey 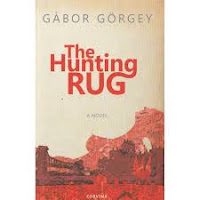 Quite a difficult book, with a narrative that darts about in time and lots of Hungarian history - not all that many novels have footnotes, do they?

Good though - moody and thoughtful, with lots of understated descriptions of the post-war Communist regime.

Reading it I became aware, once again, how distinct and different Hungary seems; I'm pretty good on European history and yet most of the history in it is completely unfamiliar. I didn't even know about the siege of Budapest or the fighting in the city. I was also confused about the description of Romanian soldiers in the siege - I hadn't realised that Romania had swapped sides during 1944.
Posted by Jeremy Green at 3:07 AM No comments:

Review of 'The Whole Wide World'

A film about the love affair between Novalyne Price Ellis and Robert E Howard, the author of the Conan books.

Sort of long and slow, set in 1930s Texas with little context about what was going on in the US or the wider world at that time. The young Renee Zellwegger is good, but the film is a bit dull.

Watched on Amazon Prime.
Posted by Jeremy Green at 2:44 AM No comments:

A rather different book from 'Restoration', even though it continues with the same first-person narrator as is obviously a sequel. Much of it is enjoyably dull - it contrives not to leave the reader in suspense for any length of time as any plot elements that might cause tension seem to be very swiftly resolved. I didn't much mind that...it's nice to have a break from the emotional rollercoaster, and the writing is still beautiful.

The last 50 pages completely confound that, though. There is a very sad and bleak ending, with everything that has been restored to Merivel, and everything that gives him happiness, being taken away. Not the worse for that, but an abrupt change of tone.
Posted by Jeremy Green at 7:28 AM No comments: 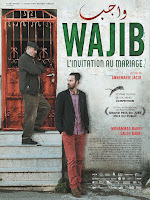 Watched at Stroud Film Club.
Posted by Jeremy Green at 3:54 AM No comments:

Review of 'Eye In The Sky'

A well-made film intended to illustrate that 'we' (the good guys, the West) don't just carry out a massive program of long-distance targeted assassination but that we think very hard about each killing, and that it really pains us when there is collateral damage, and there is more than sufficient democratic oversight of the program.

The film worked dramatically (it spins out the decision-making about one killing for more than 90 minutes without dragging) but I was not convinced. The moral dilemma presented (is it OK to allow one sweet little girl to die in order to save many more lives?) was not a very hard one, and the fabulous technology shown in the film (some of which doesn't actually exist, though it is presented as contemporary) means that the decision-makers have all the information that they need - arguably too much information to make their choices easy.

Also didn't like the way that the military figures are presented as both clear-headed and caring but the politicians are all to varying degrees cowardly and vile, and only concerned about how this will look.

Watched on live terrestrial TV (Film4) as it was broadcast - first time I've done that for a while.
Posted by Jeremy Green at 3:45 AM No comments: