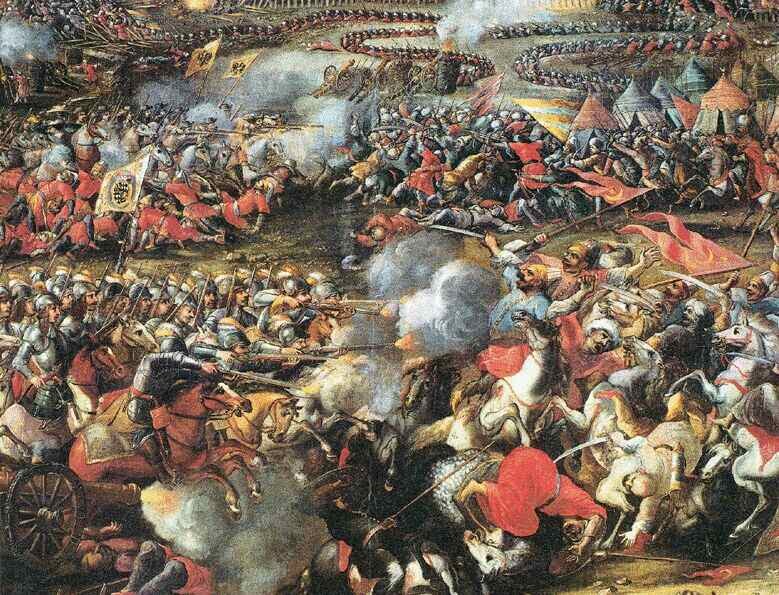 A field somewhere in Central Europe. It is early afternoon. The day has been hot, but Summer thunderstorms have been raging for the last two hours. The sky is dark with clouds, and heavy rain is falling. The ground is sodden and marshy.

Two men sit on horseback. Their uniforms are drenched. Water has pooled in the brims of their hats and is trickling thickly down their necks and faces. One of the men is agitated. He shifts in his seat, walks his horse this way and that, peers into the murk. The other is calm, unmoving, almost...bored.

The second man says nothing, sits very still. It is as if he is sniffing the rain like a dog.

“Most important battle of our lives – maybe of the whole history of the kingdom. And we're here, and we don't know what's going on. So useless, I feel so useless...”

“S'what it's always like,” says the calm man. “Battles. They look all neat and purposeful on the maps, and in the military manuals. When you're there, in the middle of it, you never know what's going on. And don't tell me it's different for the generals. They know less than anyone.”

The two men sit on their mounts in silence for a few minutes. At last the calm one says: “There. Hear that?”

The agitated one grimaces, cups a hand behind his ear. “Marching feet? Drums?”

“Drums. And war trumpets,” says the other. “The Ottomans are bringing up their reserves. The Janissaries. They're going to attack our line right in the centre.”

“And where are ours? Our reserves? What are we doing?” says the agitated one, now more agitated than ever.

“Still waiting,” says the calm man. “Waiting for the Turks to slog their way through this damned bog. They make it through and on to the firm ground, our cavalry'll have them. What you don't hear is as important as what you do hear.”

“What's that? What do you mean? What are you talking about? What should I hear, or not hear?”

“The Turkish cannons,” says the calm man. “You don't hear any artillery. So the Turks didn't manage to get theirs here on to the battlefield. Probably stuck in the mud somewhere on account of all of this wonderful, marvellous rain. And no artillery means that our cavalry are safe. The flower of Magyar chivalry -” he paused to spit; “Safe to do the thing that they do best. A head-on charge straight into the enemy ranks. And for once, just this time, because of the rain, it's going to work.”

He stops talking, as if he is embarrassed at speaking for so long. The two men sit in silence for a while longer. The agitated one walks his horse some more. He cocks his head on one side. “More thunder?”

The other shakes his head. “The heavy cavalry. The Turks must have made it across the marsh. Their drums are louder now.”

“I wish I could see!” says the agitated man. “This is the moment that saves the kingdom from the Ottomans! And we – we are here, and yet we're missing it...”

“I won't tell anyone if you don't,” says the calm one. “It's all over now, bar the slaughter. The Turks are wedged between the bog and our knights. Infantry against cavalry, on an open field, without any cannons to back them up. I don't suppose there'll be many going home.”

He lifts his hat, tips water out onto the ground. “Come on, let's go and make that report. And get out of the rain.”

The agitated man casts one more desperate glance towards the sound of battle, then both wheel their horses around.
Posted by Jeremy Green at 12:51 PM No comments:

It sometimes seems that smart city alliances and consortia are even more common than smart city projects. The proliferation of these isn’t entirely surprising. Cities are  complex entities, with lots of handles, systems, components and management layers. So there are lots of opportunities, but serving them is inevitably something that needs to involve more than one supplier – and these suppliers need to bring their specific kinds of expertise but work closely together.

This latest smart city strategic alliance, announced here, and involving Cisco and AGT, has a strong focus on video solutions for urban safety.  Cisco has been involved in urban video monitoring projects with a safety and security focus before (notably in the French city of Drancy) but these have been on something of a piecemeal basis. And yet the ability to handle the huge volumes of data required by multiple video endpoints is something of a USP for Cisco.

Surveillance is a sensitive subject, especially at the moment. There are questions about whether it really does make citizens safer, and even whether it makes them feel safer – or has the opposite effect. But there can be little doubt that the technology offers capabilities that will be used, often. So the tie-up between Cisco and AGT looks like it could be really significant.
Posted by Jeremy Green at 3:09 AM No comments: 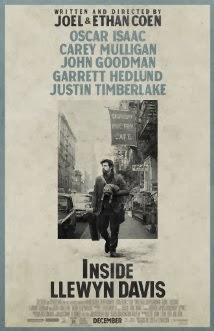 Small side note: almost everyone in the film is white. Maybe that just reflects how separate the worlds of black and white people were in the early 1960s.
Posted by Jeremy Green at 12:31 PM No comments: