Review of "Two Faces of January"

Much better than I'd been led to expect - a nice, taut thriller with plenty of tension and suspense without implausible plotting or ridiculous stunts. Just good characters involved in a plot that could almost happen to anyone (apart from the defrauding big-time gamblers in New York - that couldn't happen to most people).

Posted by Jeremy Green at 11:21 AM No comments:

Review of "Search for Sugar Man"

Watched this remarkable film on iPlayer (from BBC4) last night. The story of a hispanic-american musician and songwriter whose career fails, and then discovers years later that he had had a massive following in South Africa, a country he had never visited, where his records circulated in bootlegs but also legal copies from which he received no royalties.

A couple of fans wonder what ever happened to him, amid rumours that he committed suicide live on stage. But they track him down and find him live and impoverished in Detroit, where he works as a day-labourer doing demolition for construction firms.

That would be amazing enough. It's made more remarkable because:

Posted by Jeremy Green at 11:17 AM No comments: 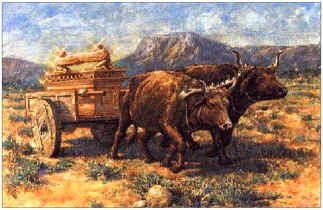 I went to this rather interesting set of talks at the Royal College of Physicians,
which included a tour round the garden. One of the highlights was an explication of the Doctrine of Signatures - the idea that the Almighty had cleverly signposted what plants might cure particular conditions by making them look like they would. So figs are good for haemorrhoids, and haemorrhoids look like figs. At least they did to people in the C16th - so much so that the word 'fig' meant a haemorrhoid. When Shakespeare makes characters say "I care not a fig" he was being just a bit ruder than I suspected, though this post makes it all a bit more complicated.

It did rather make me wonder about the golden haemorrhoids which the Philistines apparently placed in the Ark of the Covenant when they sent it back to the Israelites via express oxen-post, as described in 1 Samuel 6:4. The King James version gives this as emerods, but it is clearly meant to be haemorrhoids, as the more recent translations indicate. Perhaps the King James translators just mistook the text's figs for haemorrhoids, and the Philistines were putting golden figs in the ark. Any thoughts, anyone? I asked the speaker (Dr Henry Oakley, a Garden Fellow of the Royal College of Physicians) but he didn't even know about the haemorrhoids in the Ark, much less whether they were really figs. Is this an example of the dumbing down of medical education?
Posted by Jeremy Green at 12:44 PM No comments: